Rant: The IOC ignores the concerns of gay athletes, or How the 2014 Sochi Olympic Games ended today 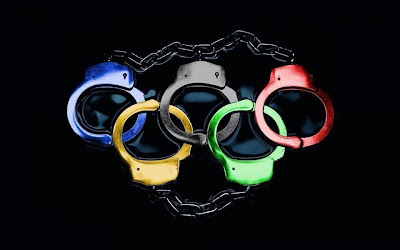 The personal is political. If you don't believe it, then explain how a gay Olympic couple could be barred from holding hands while a straight couple would not be sanctioned. You see, under rule 50 of the IOC’s charter: ‘No kind of demonstration or political, religious or racial propaganda is permitted in any Olympic sites, venues or other areas.’ Sexual orientation is not protected by the IOC charter, so any demonstration of queerness will be evaluated as a demonstration or propaganda. Hmm, this sounds vaguely Russian. It's just politics, folks.

With its statement on this issue, the IOC has chosen to politicize gay Olympians' identities while overlooking the unacknowledged politics inherent in the identities of its heterosexual athletes. I do not accept that homosexuality is political, but heterosexuality is not. Either sexuality is political or it isn't. If it's the former, please, let's ban all expressions of sexuality during the Olympics. Too extreme? I agree, but "what's good for the goose is good for the gander," and all that jazz.

For me, the 2014 Olympic Games are over as of today. I will not, cannot support anyone or any organization involved with these tainted Olympic Games. I will happily turn off the television before the show even begins. I hope you, too, will decide to skip them this winter.
Email Post
Labels: lgbt olympics politics rant russia sochi