Canadian Wanderlust: Or how I spent my Monday 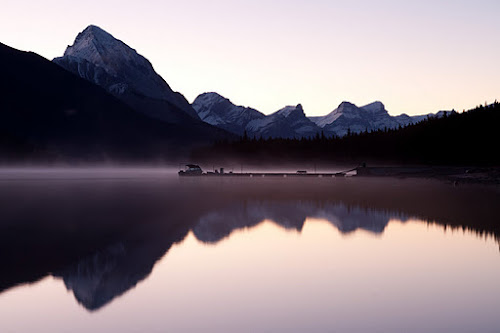 After watching two Canadian films today, I've decided that I either need to visit Canada again or go on a road trip. Or, if I'm feeling adventurous, I'll go on a Canadian road trip.

First, I watched "One Week," starring Joshua Jackson. Let's face it, Pacey was always our favorite on "One Tree Hill" or whatever that show was called (Fringe? Dawson's Creek? That's it!). And he's grown into an even more handsome man. Oh, Joshua. You're just so cuddly with a dash of non-conformist danger. Perfect. So, Joshua's character is diagnosed with a potentially terminal illness (no spoilers--it's in the description) and decides to take a life-altering trip from Toronto to the Pacific Ocean. Go West, young man. I thought it would be terrible, but I kept watching and was drawn into the movie and this character's life story. If you, too, have a holiday Monday to blow, I can recommend it.

Now, we've all read "On the Road," right? It's a book you have to read at the right time of your life--teens or early twenties. I read it early in college and immediately wanted to hit the road. So cliché, right? But it has an effect on you. Kerouac distilled the magic well in those pages. But. flash forward 20 years. . . . The feeling doesn't really go away, but the baggage gets heavier. Work and bills and obligations are the gravity holding you in place, but the spark of wanderlust lies in wait. Maps catch your eye. You look at travel sites with no real destination in mind. You watch movies about driving across Canada on a motorcycle. Make sure that passport is up-to-date.

It wasn't just travel today, though. The theme, if you remember, was Canada. I also watched a movie called "Heartbeats" in English and "Les amours imaginaires" in French. Set in Montreal, it told the story of two friends, Marie, a vintage-loving, stylish woman who seems old enough to know better and Francis, a modern young gay man with an eye for fashion and a fear of rejection. They both meet and become infatuated with Nico, the boy with curly blond hair who casually and carelessly fits into their idea of the perfect mate. It's a love triangle, it's in French (well Canadian French), and it's gorgeously filmed. Watch it and think about that time you read more into something than you should have. Bang bang.