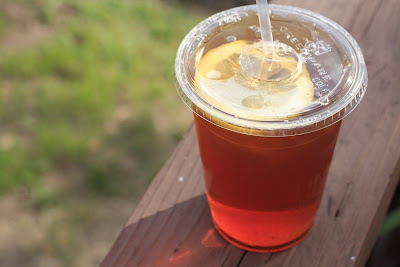 FULLERTON, Calif. — A Fullerton man is under arrest on suspicion of attempting to rob a 7-Eleven with a fake handgun Tuesday afternoon.

The gunman, witnesses said, had also suggested they call 911.

Fullerton Police Sgt. Andrew Goodrich said at the scene that Ivine Love, 18, of Fullerton is expected to face a robbery charge, but no weapons charges, considering the gun was a fake.

A clerk at the 7-Eleven at the corner of Brea Boulevard and Rolling Hills Drive, Sama Lakhani, said that the man did not seem intimidating, except for the gun he held.

"I was at the sandwich/ Slurpee area making sure everything was in the right place," she said. "The guy came in and said 'Give me the money, or otherwise call the police.'"

The other clerk behind the counter had already used the button for the silent robbery alarm, but complied with the man in calling 911. Lakhani said the other clerk told the man to relax and have something to drink.

The gunman took an Arizona Iced Tea out of the cooler and drank it while waiting for police to arrive, she said.

Police got the call around 1 p.m. The clerks were still on the phone with 911 when police told them to leave through the back. No one was injured, and Love was arrested.

Posted via email from toddx's posterous