From Long Distance Love (you ARE reading this he said/she said blog, aren't you?!): 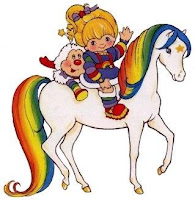 No...and yes.  I have to use bulleted points for this one.

The rough part about this whole conversation is that I definitely agree that President Obama could and should be doing more for gay rights.  However, I don't agree that he should repeal DADT using his mighty king like power.  I didn't like W using his power to do things I disagreed with and I don't want President Palin using her mighty ignorance to, say, overturn the healthcare bill that just gave 30 million Americans healthcare coverage.  So, President Obama is doing exactly what he should be doing, legally, by appealing the DADT ruling.  It's his job to defend laws, even laws that he may or may not agree with.  It's the DOJ's job as well.  I have heard the argument that a presidents past have made decisions like this and I acknowledge that it has been done.  But this is rare and not something that is good for America as a trend.

2)  He never promised us anything:

I do think he should be encouraging congress to take more action and he should be encouraging the American people to be more empathetic and open minded and to support equality.  I can't imagine all y'all are that shocked, I mean, he's not even in favor of  gay marriage, he supports civil unions.  He's not the lefty everyone says he is.  He said on the campaign trail he's not going to do all of this for us.  It can happen, if WE make it happen.  I honestly haven't done a thing for gay rights other than not being a bigot or a homophobe.  I post articles on my facebook but I'm not a member of the gay/straight alliance at my college, I don't protest, picket, or volunteer for any causes.  It's more my fault than Obama's that gay rights haven't gone anywhere.  Change doesn't happen from the top down, it happens with us.  He never campaigned on a liberal hopey changey thing, we projected our dreams onto him.  He was very honest about his abilities, he said it would be hard work.  I'd prefer the removal of DADT be done the RIGHT way, so that America retains it's ability to ward off power hungry politicians.

I know equal rights are not a privelage (hence, rights) and I'm not bothered that people are disappointed.  What bothers me is the reaction.  The "loss of faith", the jaded defeat.  It's typical liberal stuff.  Healthcare reform?  We has it.  GM bailout saving thousands of middle class jobs?  We has it.  Stimulus package that worked as intended?  We has it.  Allowing the return of dead soldiers bodies to be filmed so George Bush can see the horror of the war he lead us into falsely?  We has it.  1.4 Billion dollars for veteran's?  We has it.  Repealed the ban on federal funding for life saving stem cell research?  We has it.  Need I go on?  He's done a lot.  Don't become dispirited because you didn't get EVERYTHING you wanted.  Just keep at it.  Write him, call your reps, do MORE to make the causes you believe in, the causes we all believe in.

AND, can I just say, he's gotten a lot more done than anyone since Bill Clinton has done.  Are we not talking about it?  Is it not closer than ever to being repealed???  It is.  It's because Obama's awesome.  Even though he didn't give me my new unicorn.

Look. I'm queer. I voted for President Obama. I voted for the audacity of hope. For change. For a progressive mind and will and philosophy to guide and shape our government.

Instead, I got this. The Obama administration says it wants to repeal DADT but, when DADT is found to be UNCONSTITUTIONAL, the same administration chooses to file an appeal of the judge's injuction against DADT. As CNN puts it, "In effect, the administration wants to continue barring gays from the military even though it ultimately favors repealing 'don't ask, don't tell.'" I call that "having your cake and eating it, too." I also call it political hypocrisy. It's an effort by President Obama to court string along the Gay Vote while simultaneously trying not to alienate and frighten the more homophobic members of his constituency. You know, the people who are more likely not to vote for him anyway? Yeah, those people. Meanwhile, the millions of young and "undecideds" who were energized by the President's progressive, liberal message of change have had their political hope gutted. They voted for change and they got milquetoast political expediency.

Yes, Mr. President, I'm disappointed. And, no, I don't think you've done enough with your mandate when it comes to gay rights. Instead of change I can believe in, you've given me change I have to hope for. It doesn't taste as sweet.
Email Post
Labels: gay rights LDL