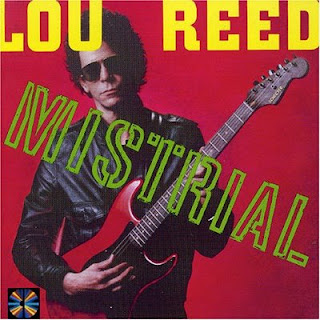 I can't believe it. After lunch, the jury had to wait outside the courtroom (aka Department 19 as it will forever be burned in my memory). Finally, after over half an hour, we were allowed into the courtroom. We sat down and the judge proceeded to tell us that, for reasons he didn't want to go into, he was declaring a mistrial. As such, he thanked us for our service and excused us.

All the waiting, all the questions, the entire process was, at least for the 14 members of the jury, a waste of time.

After we exited, the attorneys for all parties came out and explained the mistrial was declared for some sort of conflict/procedural reason, not an evidentiary one. Then, the Assistant District Attorney asked us what seemed to work, what needed to be better explained, etc. The Public Defender asked similar questions. I had to say that I thought the testimony of the one victim we heard lacked the narrative cohesion and grasp of the details that I would prefer. It made me doubt his ability to remember things clearly and, thus, his ability to identify his attackers.

At least I can now tell you what the trial was about. On May 9th at approx. 11:20 pm at the corner of 16th and Market in San Francisco, Anton Fuchs (age 73) and his wife (age 25--ahem) were driving home. They stopped behind a few cars at the light. Then, they claimed to hear a screeching sound then pounding on the back of their car. Looking behind them, they saw a body or bodies and limbs flailing in their rear window. They thought there might have been a pedestrian accident.

One or both of them got out of their car to investigate, saw nothing, and Mr. Fuchs went back to the car behind him. He asked the driver what was going on. He claims that the people in the car began cursing at him, referring to "you fucking faggots" and "fucking queers." Mr. Fuchs said he began to realize this may be some sort of prank so he went back to his car to get his cellphone. He then heard his wife cursing at the car's occupants and then yelling for help. He went to help her as she was being pulled by someone from the passenger side of the car. When he got over there, he was also grabbed and pulled against the door of the car, with the left side of his face hitting the door frame. He was eventually pulled inside and punched a few times.

At some point, while both Mr. and Mrs. Fuchs were still being held, at least one person yelled at the driver to take off. The driver took off, dragging the Fuchs for an undetermined distance (this was a point of contention during cross-examination but was somewhere around 10-35 feet at 15-20 MPH). A passing MUNI inspector noticed what was happening and cut the car off with his truck.

The Fuchs were released and three of the four passengers got out of the car. The driver was trapped and Mr. Fuchs somehow managed to grab the keys. The police arrived almost immediately, did a search and found two suspects. One was identified by Mr. Fuchs, the other was not positively identified.

And on and on it went. Mr. Fuchs wrote a statement that night/morning. Then he spoke to a police inspector a few times over the next several days. Each time, the story changed a little (if not a lot) with details changing and being added. He also said his positivity of identification ranged from 60% to 100%. Add to that, he seemed irritated to be cross-examined by the defense.

Personally, I didn't find him to be a completely reliable witness. I'm sure something happened. I just don't think we heard all the details correctly from Mr. Fuchs. And, since he was the only witness we got to hear, I'm stuck. I have no idea how the trial would have gone and if the DA would have been able to prove her case beyond a reasonable doubt.

As it stands, I have my doubts. Thus ends my jury duty saga.
Email Post
Labels: jury duty

Anonymous said…
Hi Todd. You probably think it's strange that I'm commenting on something you wrote three years ago but I ended up serving on the second jury on that case. If you're interested in how it turned out, drop me a line. It was a month-long trial so you're lucky you didn't have to serve!