Jesus Stomped My Kitten to Death, But He Will Pay 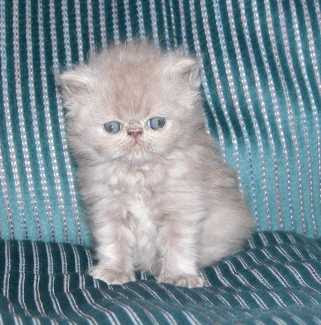 Jesus Calderon-Franco of Redwood City pleaded no contest to felony abuse in December for killing the 4-month-old kitten named Pucci. Today, a judge sentenced him to a YEAR in jail for the stomping death and the cruelty to Pucci's 4-year-old owner. In addition to the YEAR in jail, Jesus was also sentenced to three years probation. In all likelihood, however, he will be deported after his jail sentence.

The feline murder happened on Nov. 30. Jesus, who had been drinking, became angry that the girl had drawn on the bathroom door in their apartment, Wagstaffe said. Jesus grabbed the kitten by the neck, squeezed the animal and threw it off the second-story balcony. He then went outside and stomped the kitten to death. The girl and her father were out shopping at the time. When they came home, Jesus denied doing anything to the kitten, Wagstaffe said. The girl's uncle saw the attack, however, and the father found blood on the sidewalk and the kitten dead in a nearby trash can. A necropsy revealed that Pucci had died of multiple fractures.

Now, here's my question: If stomping a defenseless kitty to death is worth a YEAR in jail, should we reassess the sentencing guidelines for all crimes in this country? I mean, I know it's a cute little kitty and all, but really? Don't some people get out of prison shortly after a year after killing a human being? Or what about Bernie Madoff? Kitten = year. Bilking billions = 9000 years. If this is the new "judgment calculus," then I think people who run red lights while I'm trying to legally cross the street deserve at least a month or two in prison--with gang members--and rats--and bad food--and Oprah.
Email Post
Labels: there ought to be a law

Kim said…
The sheer inhumanity of this incident is sickening, and I think a year would serve him well to think about his actions. It's folks like him who are capable of horrific manslaughter. Madoff is an exception to the norm, as are the few who only serve a year or two for murder.

If you ask me, he's a worse human being than the unfortunate parents who accidentally forget their child is still in the car and leave them to die of hyperthermia in the baking sun, and deserves to be punished more strongly. The consequences of his action may not have been as great, but his judgment was much more despicable and his character needs reform.
April 13, 2009 at 2:56 PM

Anonymous said…
Deprted after. Piece of crap immigrant. He should be beaten to death and then thrown in a dumpster. It would be ok to due this because he is a worthless illegal sub human from some 3rd world low life country no one gives a rats ass about.
May 15, 2009 at 8:09 AM