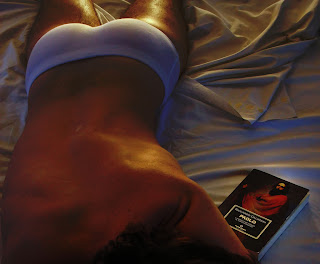 I'm proud to have lived in two of the top ten. Care to guess which? And, by the way, what are YOU reading right now?

In the fifth annual Readers' Bowl, Minneapolis, Minn., reclaimed the title America's Most Literate City for 2007 while Seattle, Wash., fell to the number two spot, according to USA Today. And in what might be seen as a Twin Cities bid for national reading dominance, St. Paul, Minn., sustained its long-term momentum, having "climbed steadily, from 11th place in 2003 to third place this year."

The top 10 overall, as compiled by "researcher Jack Miller, who for five years has been ranking the nation's largest cities based on their support for and commitment to reading":

The top 10 cities in the bookseller category, which ranks for every 10,000 people the number of retail bookstores, number of rare and used bookstores and number of ABA members, are:

missmagnoliathunderpussy said…
Well darling I'm going to say San Francisco and Seattle and I'm reading a collection of Eleanor Roosevelt's "My Day" newspaper columns and re-reading the Collected Works of Dorothy Parker.
January 3, 2008 at 2:27 AM