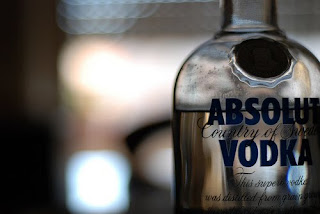 A 34-year-old San Francisco woman accused of fatally beating her boyfriend Sunday inside their South of Market residence pleaded not guilty to murder today in San Francisco Superior Court.

Police said Kira Roueche called 911 from an apartment at the Henry Hotel at 106 Sixth St., where the couple had been living, at about 8 p.m. Sunday to report that 42-year-old Cameron Miller was unconscious. Paramedics arrived and pronounced him dead.

Homicide inspectors interviewed Roueche and arrested her early the next morning.

Prosecutors allege Roueche used a vodka bottle and a clock to beat Miller until he died.

I'm normally not a believer in the death penalty, but to use a perfectly good bottle of vodka for something as crass as murder is unacceptable. Dear Ms. Roueche, I hope that at the very least it was a premium vodka.
Email Post
Labels: my martini is a weapon vodka