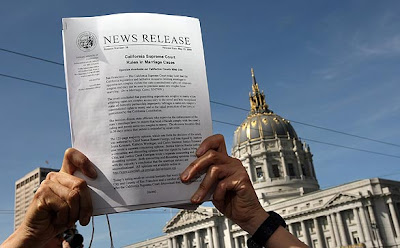 missmagnoliathunderpussy said…
It's wonderful news and about time! Now Todd darling I'll be awaiting a ring from you and NOT on the "Ameche" either, don't extend yourself, I'm a home girl, something simple from Harry Winston of Van Cleef will be just fine. ;)
May 15, 2008 at 7:15 PM

toddx said…
Not really. I thought it was a tad inappropriate.

As for the "dumbness" of people, I would say it knows no bounds. Nevertheless, I think we all should have the same rights AND responsibilities. They will go hand in hand.
May 16, 2008 at 1:10 PM

toddx said…
No worries. I wasn't offended. But I worry about the local 5th grade class that subscribes to my blog. They are so young and impressionable.

missmagnoliathunderpussy said…
Darling Todd, you never mentioned a 5th grade class before, if those kids can empty an ashtray, mix a passable msrtini and vacume please send them over, I always thought Kathie Lee had the right idea. ;)
May 16, 2008 at 4:38 PM

Anonymous said…
Is it really about rights or is it about validation for being gay and the ability to do the Gay equivalent of sticking up your middle finger up at the church and God. The term "civil union" was not accepted even if it guaranteed the same rights as marriage. Notice that there really aren't a lot of people of color making this into a big deal( heck, until this year I didn't even know I was a person of color). We (people of color) have faced discrimination all our lives without being gay. Add gay to the equation ( kind of a friend of a friend of Dorothy) and you see a lot of discrimination in the real world and especially in the gay community. We are just happy to be accepted at all and we don't worry about whether its called marriage or civil union.
May 17, 2008 at 8:49 AM

toddx said…
Personally, I think it's both about rights and validation. The Court affirmed that I and my gay brothers and sisters are not second-class citizens and cannot be treated as such in the legal realm. Civil unions, however similar, are simply not the same. Separate but equal doesn't work because it sets up, however subtly, a hierarchy. And, I think, in the arena of human rights, we cannot afford a hierarchical approach.
May 17, 2008 at 11:58 AM