During Banned Books Week, Censorship Is Alive and Well 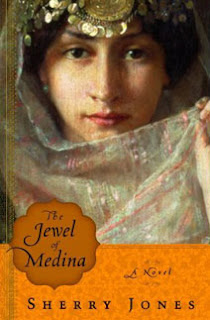 Late Friday night, the north London home/office of Martin Rynja, publisher of the independent UK press Gibson Square, was firebombed in what is being treated as a terrorist attack, of which police had advance warning, which is how they were able to warn Rynja to leave the premises for his own safety, stake out the building, and arrest three men shortly after the house was bombed; the small fire it created was quickly put out. (A fourth arrest was made later in the day.) Gibson Square is the UK publisher of The Jewel of Medina, Sherry Jones's controversial novel about A'isha, one of the wives of the Islamic prophet Muhammad, which was dropped by Random House after Islamic studies professor Denise Spellberg warned the publisher the book would incite violence by Muslim extremists (after which she did everything she could to make sure those potential terrorists knew the book was coming).

During a telephone call Sunday afternoon, Jones said she plans to call upon Spellberg to recant her description of The Jewel of Medina as "soft core pornography," saying that this public assessment had to have been a factor in the bombing. "The planting of that bomb is Martin Rynja's letterbox was not about my book," Jones said, noting that the novel was not yet available in Britain. "It's not about the content of my book. It's not about the ideas in my book. It must be about the rumors and innuendos... [This is] obviously a response to the misinformation." Would she go as far as to blame Spellberg's incendiary rhetoric for the attack? "I feel that the people who resorted to violence are responsible," Jones emphasized. "But her use of the word 'pornography' has done nothing to help the situation."

Jones said that she had had a brief email contact with Rynja after the incident, but knew very little about his exact circumstances, other than that he had told her some of the reports in the British press were "exaggerated." "I know that he's a very courageous person and a man of strong conviction who understood my book from the very start," she said. She added that she had heard nothing to indicate that Gibson Square—or Beaufort Books, her new American publisher—would not continue as planned to bring the novel to the public. "The publishers that we've been working with [since Random House's withdrawal], their eyes have been wide open" to the possibility of terrorist violence, Jones said, although she remains convinced that once people have had a chance to read the novel for themselves, instead of relying on misinformation, "they will see it's respectful and all the rhetoric will die down." (Unfortunately, certain extremist clerics suggest otherwise, declaring that Saturday's bombing was merely "the thin of the wedge.")

In a statement released later Sunday afternoon, a publicist confirmed Beaufort's plans for an October 15 publication date have not changed: "They are hoping that getting the book out into the public's hands will end this nonsense.
Email Post
Labels: censorship islamic extremism publishing