Can the U.S. produce a Nobel winning writer? 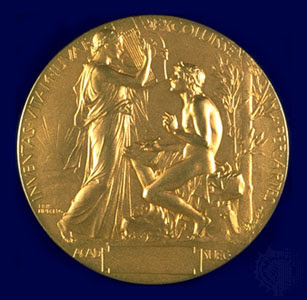 If you're Horace Engdahl, the permanent secretary of the Swedish Academy, the answer is a resounding "no." "Of course there is powerful literature in all big cultures, but you can't get away from the fact that Europe still is the center of the literary world ... not the United States," he told The Associated Press in an exclusive interview Tuesday. Speaking generally about American literature, however, he said U.S. writers are "too sensitive to trends in their own mass culture," dragging down the quality of their work. "The U.S. is too isolated, too insular. They don't translate enough and don't really participate in the big dialogue of literature," Engdahl said. "That ignorance is restraining."

The head of the National Book Foundation in the United States reponded, "Put him in touch with me, and I'll send him a reading list."

What do you think? Have you read any American writers in the past 5-10 years who deserve international recognition and a Nobel prize for their life's work? Oh, and James Frey doesn't count.
Email Post
Labels: literature nobel prize