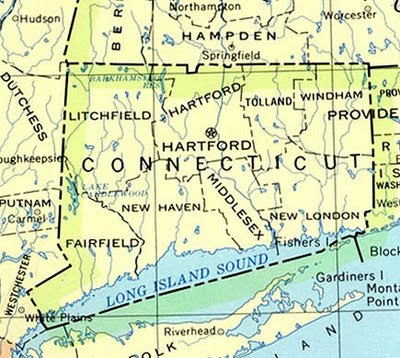 Take note, California. Will we embrace atavism or will we continue on the path of freedom, liberty, and progression? I hope it's the latter.

From the NY Times:

The Connecticut Supreme Court ruled on Friday that same-sex couples have the right to marry, reversing a lower court decision that had concluded that the civil unions legalized in the state three years ago had offered the same rights and benefits as marriage.

With the 4-to-3 ruling, Connecticut becomes the third state in the nation to legalize same-sex marriage. California legalized gay marriage in May 2008, and Massachusetts in 2004.

“Today is really a great day for equality in Connecticut,” said Bennett Klein, senior lawyer at Gay and Lesbian Advocates and Defenders, which argued the case before the Supreme Court. “Today’s decision really fulfills the hopes and dreams of gay and lesbian couples in Connecticut to live as full and equal citizens.”

In his majority opinion, Justice Richard N. Palmer wrote that the court found that the “segregation of heterosexual and homosexual couples into separate institutions constitutes a cognizable harm,” in light of “the history of pernicious discrimination faced by gay men and lesbians, and because the institution of marriage carries with it a status and significance that the newly created classification of civil unions does not embody.”

The court also found that “the state had failed to provide sufficient justification for excluding same-sex couples from the institution of marriage.”

In 2005, the Connecticut Legislature passed civil union legislation, but the eight gay and lesbian couples who were plaintiffs in the case that was decided on Friday argued that the civil union law had created an unequal status for gay men and lesbians and did not confer upon them the same rights and protections as marriage.

While the Connecticut civil union law states that parties to a civil union have all the same benefits, protections and responsibilities under law that are granted to spouses in a marriage, it also included a clause that defined marriage as the union of one man and one woman.

With the ruling, Connecticut joins Massachusetts and California as the only states that allow same-sex couples to marry. Connecticut, Vermont, New Hampshire and New Jersey have civil unions, while Maine, Washington, Oregon and Hawaii have domestic partnership laws that allow same-sex couples to receive some of the same benefits granted to those in civil unions.

The high courts of New York, New Jersey and Washington have ruled that there is no right to same-sex marriage under their constitutions.

Of the eight same-sex couples who were plaintiffs in the Connecticut case, Kerrigan, Elizabeth, et al., v. Connecticut Department of Health, et al., four of the couples had already entered same-sex civil unions, the others had been holding out for the marriage designation.

The case turned on whether same-sex couples should be treated as a “suspect class” — groups like minorities and women that have experienced discrimination — which could lead to heightened legal scrutiny of the decision to offer separate institutions.

In oral arguments before a Supreme Court panel, the assistant attorney general said the number of “prominent politicians who are openly gay and lesbian” proves that homosexuals are not “politically powerless,” one of the requirements of a suspect class; that caused one justice to say, “If it were true political power,” they would have already won the right to marry.
Email Post
Labels: gay marriage vote no on prop 8